An Eye In the Sky: A New Revolution in Africa's Agriculture

Globally, Information and Communication Technologies (ICTs) are playing an increasing role in addressing problems faced by every sector and agriculture isn’t an exception. The problem-solving and transformative potential of technology has helped human to improve efficiency by reducing workload and the required time needed in various industries. Currently, one of the latest technological development is drone and this device otherwise known as unmanned aerial vehicles (UAVs) is defined as remote-controlled aircraft with no human pilot on-board”

“Drones overall will be more impactful than I think people recognize, in positive ways to help society” - Bill Gates

Read More
Posted on 8 months ago by Rofiat Adesina

A History of Potato Farming

How much do you know about Potato? Did you know that potato was the first food crop to be grown in space?

Potato is from the perennial Solanum tuberosum. It is the fourth-largest food crop, following rice, wheat, and maize. History has it that the Inca Indians in Peru were the first to cultivate potatoes around 8000 BC to 5000 BC. But in 1536 after the Spanish Conquistadors conquered Peru, they discovered the flavours of the potato and carried them to Europe.

Sir Walter Raleigh, an English voyager and writer, introduced potatoes to Ireland in 1589 on the 40,000 acres of land near Cork. It took nearly four decades for the potato to spread to the rest of Europe.

Eventually, agriculturists in Europe found potatoes easier to grow and cultivate than other staple crops such as wheat and oats. Most importantly, it be

Read More
Posted on 8 months ago by Ismail 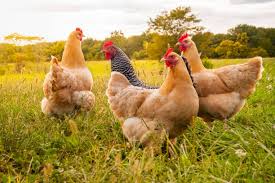 No doubt, income from poultry production constitutes a significant share of the total household income across all production systems. However, apart from generating cash income for producers, poultry keeping contributes to livelihoods by providing protein and other nourishments to consumers.

Globally, more than 60 billion chickens are killed for consumption every year. Nigeria is the second-largest chicken producing country in Africa after South Africa (SAHEL 2015 and FAO 2019). The Nigerian poultry industry comprises about 180 Million chickens which produce more than 450 billion tonnes of meat and 3.8 Million eggs per year. In Nigeria, meat is the most consumed poultry products with a greater preference for broiler meats.

Posted on 8 months ago by Ismail

The Digital-Data Economy: The Challenge with Africa

The ongoing (massive) data explosion has continued to disrupt the way we normally see and do things. The last three decades have inspired a paradigm shift in our value system and approach to things. Major developments in work and administration have been brought about by the production of faster computers and gadgets with high storage capacities which make things simpler and easier for man. The successive launch of the 2G, 3G, and 4G networks explains how we have come to rely more on speed and the ability to hold and utilize massive information at a go. The world is now engrossed in discussions around the 5G and 6G networks which are capable of reaching a massive amount of data at an incredibly higher speed. Welcome to the era of big data and Artificial intelligence.

The Global Market for Data

According to a 2019 report by International Data Corporation (IDC), in 2018 the global data-sphere grew to 18 zettabytes (18 Trillion Gigabytes). It’s also estimat

Read More
Posted on 8 months ago by Ismail